Reusing water as a rescue: Recycling municipal and industrial wastewater for a sustainable future 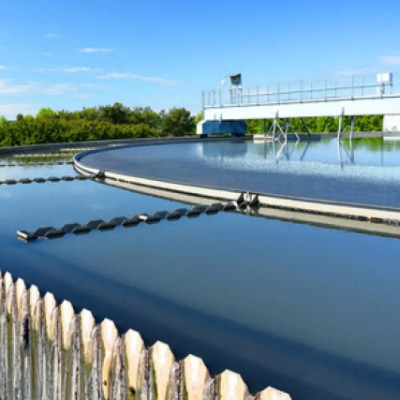 In recent years, factors such as limited water resources coupled with growing demand for freshwater, ever-changing climate patterns, and environmental concerns have suggested that water reuse is a leading solution in the fight to increase water resilience.

What is water reuse?

Water reuse is also known as water recycling or water reclamation. The process of collecting wastewater, rainwater, salt water or gray water and purifying it for purposes such as domestic consumption, industrial processes, filling surface or subsurface water and rehabilitating a catchment is called “reuse of water”. Be. The term municipal wastewater reuse generally refers to the process of subsequent desalination after desalination, which produces drinking water from wastewater at a lower cost than seawater desalination.

Around the world, communities and businesses are investing in water reuse projects. In this way, we can ensure the existence of safe drinking water in residential areas, sufficient water for use in industrial processes, followed by the expansion of industries and job creation, meeting the water needs of agriculture for food production, environmental protection and guaranteeing the world economic future.

Reusing water by providing an extensive water portfolio is recognized as a proven way to improve water resilience. In recent years, a large number of countries have incorporated water reuse into their water management strategies to ensure a local, drought-resistant, safe, secure and controlled water supply.

Bluefield Research is a company that provides water market data analysis and intelligence services. The company said in its latest survey that the reuse market is $ 1.8 billion in size and is expected to grow by 27% by 2027. In the United States alone, recycled water production is projected to increase from 4.8 billion gallons per day to 6.6 billion gallons per day by 2027, a staggering 37 percent increase.

The prospect of water reuse in the United States

In general, water reuse is a growing trend in the United States. According to Bluefield Research, 39 of the 50 states in the United States currently have regulations or guidelines for reusing water, and three more are passing legislation. Florida is considered a complete water market with the highest water reuse. While California, South and Midwest have the greatest opportunity for short-term growth, especially in terms of water reuse opportunities in industry.

However, California is not as ready as Florida to take full advantage of its water reuse capabilities; But water recycling has been done in this state for a long time. 100 years ago, recycled water was first used to irrigate landscapes. Since then, various centers across California have been working to improve the wastewater treatment process and reuse and innovate. Today, recycled water resources provide about 9 percent of the state’s urban water needs, and agricultural water reuse has provided reliable water resources for farmers across the state.

Increasing the use of recycled water provides a sustainable, long-term source of water supply and helps increase resilience to drought throughout California. In addition, water reuse plays a strategic role in protecting the state’s environment. Many areas of California can reduce current and future reliance on imported water resources by safely and effectively reusing water for drinking, industrial, and agricultural use.

This integrated water management approach maximizes the efficiency of each resource, meets the water needs of local industries, and raises awareness of global issues such as climate change, growing droughts, urbanization, and rising energy costs.

Neighboring countries, inspired by the Singaporean model, have implemented similar action plans to promote water sustainability. The introduction was simple: the four main approaches, including natural and artificial water resources, are intertwined to increase the country’s resilience to recurrent natural disasters and seasonal water shortages.

Based on the industrial water perspective, the day-to-day operations of some important industries in the Far East, especially the semiconductor industries, are very water-intensive. In addition, industrial facilities are usually located in densely populated urban areas and compete with urban uses for the use of natural freshwater resources.

The ability to produce significant amounts of high quality water, while minimizing environmental impacts and adhering to the strictest drainage regulations, has accelerated the market for water reuse in the Far East in recent years. 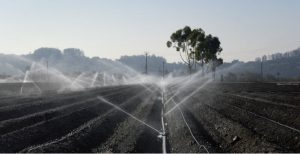 One of the biggest factors in changing views on water reuse is that in recent years, institutions such as the United Nations have recognized the need to address this issue. For example, the 2017 Global Water Development Report focused on wastewater as a safe and sustainable water source; Successful case studies on water reuse, meanwhile, have extended this approach from agricultural irrigation and limited urban use to other areas, including drinking water.

What is IPR and DPR and what is the difference between them?

After decades of IPR water reuse; Factors such as the need to improve effluent quality, the development of treatment technologies, and the increasing demand for water resources eventually led to DPR. While states such as California, Arizona, New Mexico, Texas and Oklahoma are actively pursuing DPR use; Other states prohibit the use of DPR and use the IPR method only.

For this reason, the United States lags far behind countries such as Singapore in terms of widespread DPR deployment, despite the general trend and global readiness to implement water reuse applications. This is mainly due to stricter regulations as well as public concern about the potential dangers that threaten the health of the resulting water if the DPR is not properly implemented; Is.

While there is no reliable epidemiological evidence to suggest that the use of recycled water has caused the outbreak in the United States; The possible transmission of infectious disease by pathogenic organisms and the spread of organic pollutants is a major public concern about DPR. However, these concerns are almost unfounded in developed countries, where dozens of DPR facilities produce high-quality drinking water under strict supervision and compliance with the strictest health standards.

Power plants, food and beverage industries, chemical industries, mining, oil and gas and petrochemicals are the most important industrial sectors that use wastewater. What are the main reasons for the need for more efficient industrial technologies in water reuse?

In most cases, these factors play a major role: water scarcity, increasing public awareness of corporate social responsibility (CSR), and the need to reduce costs by maximizing water recycling. However, some industries are still reluctant to adopt large-scale water reuse strategies.

Electricity installations in water-scarce areas face many challenges in supplying the water they need and must rely on alternative water sources. Applications for water use in electrical installations include alternative cooling towers, boiler feed, environmental control, sanitation, landscape irrigation, and environmental monitoring. For example, the day-to-day operation of a thermoelectric power plant is very water-intensive and requires a large amount of fresh water to continue operating.

To meet this urgent need for water, the electricity sector instead of competing with the urban sector for access to local water resources; It can put the reuse of municipal sewage as an alternative water source on the agenda.

Electricity is generally used to supply water from degraded water sources (water that cannot be used by the environment or living organisms due to physical, chemical or biological properties) or unconventional (water supplied from freshwater or groundwater). Not available: Collected water uses rainfall, recycled wastewater, gray water, water from cooling processes, water from water treatment processes, desalinated water, water from boiler submerging processes). However, recycled wastewater seems to be an obvious choice due to its easy access and unlimited amount; But Bluefield reports that currently only 60 of the 5,000 power plants in 16 US states use municipal recycled water.

Palo Verde is one of the few examples of a reuse-centric power plant that is the largest power generator in the United States. The plant has a total net output of 4,030 MW, which meets the electricity needs of approximately four million people around the clock. Due to its desert geographical location, Palo Verde is the only nuclear power plant that uses 100% recycled water for cooling. Unlike other nuclear power plants, the discharge rate at Palo Verde (WRF) is zero. That is, no sewage is discharged into rivers, streams or oceans.

Owners of industrial facilities consider issues related to water management in the facility in two ways:

Having a reuse management plan can help manage water in industries:

Of course, it should not be overlooked that the proper implementation and management of the reuse process requires knowledge, financial investment and modification of the current operations of DPR and IPR programs. However, in most cases, by considering the pros and cons, implementing a reuse management plan; It is the most sustainable, efficient, cost-effective and environmentally friendly alternative.

One of the key factors in market readiness is the establishment of regulations to support the acceleration of water reuse growth and incentive legislation in this area. Thus, despite the minimal pressure, all forecasts indicate the widespread acceptance of water reuse management plans in industrial facilities around the world.

From draining to drinking – Reuse water for drinking water applications

The following reasons indicate that the use of recycled water is more sustainable and cost-effective than the development of alternative water resources:

Reuse conventional water in the next step

Standard methods for reusing water typically include ultrafiltration (UF), reverse osmosis (RO), and advanced ultraviolet oxidation (UV / AOP). Chloramine, commonly used in the RO process; Controls biological deposition of membranes. However, chloramine is one of the ingredients in disinfectant by-products such as NDMA (a dangerous organic contaminant suspected of being carcinogenic).

The presence of chloramine in case of overdose not only increases the risk of membrane oxidation; Rather, it acts as a scavenger of free radicals; It needs more energy and needs larger purification systems that should have higher CAPEX and OPEX.

To overcome this problem, there are solutions such as reverse osmosis pulse current (PFRO.) That make the process of reusing water completely possible without chloramine. Unlike standard RO systems that operate under continuous and osmotic hydraulic conditions, PFRO uses intermittent hydraulic conditions that switch between outputless output mode and flushing mode. During this process, saline water is drained at high speed.

Microorganisms in hydraulic conditions that are constantly changing; They can hardly survive; Therefore, it reduces the risk of biological fouling and scaling. In this case, the system can operate at very high flux rates (50% higher than usual), eliminating the risk of rapid biological deposition, leading to an overall CAPEX savings of about 20%.

Our surface and groundwater resources around the world are at risk of overuse. It is not long before the demand for water exceeds the amount of water supplied by rain, rivers, lakes and natural reservoirs. That is why saving and reusing water has been accepted as sustainable, feasible and practical methods to reduce the demand for industrial and urban water and ensure the flexibility of water resources for future generations.

Reuse To The Rescue: Recycling Municipal And Industrial Wastewater For A Sustainable Future